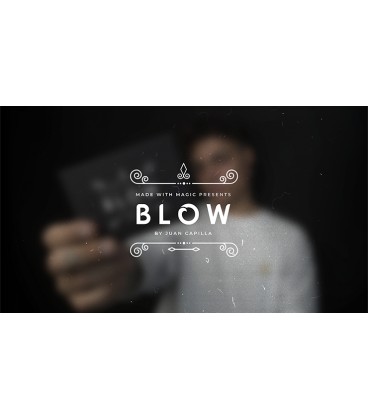 BLOW is an effect based on a classic transposition of four cards taken to the next level.

It refers to a revolutionary method that allows you to change cards without touching them. It is very visual and the best part of it... it's just by blowing them!!

Normally, in a transposition effect, you can't show the faces of the cards that are about to change -- but with BLOW, you can!!

By having BLOW, you are going to be able to use many different routines of card transpositions that are very visual and very straightforward.

You can perform this on a table, standing up or even on the hands of the spectator.